A film based on a Polish ‘rap-roman’ finds its way to Poland’s cinemas in March, its producer calling it ‘fresh’ – and ‘blunt.’ 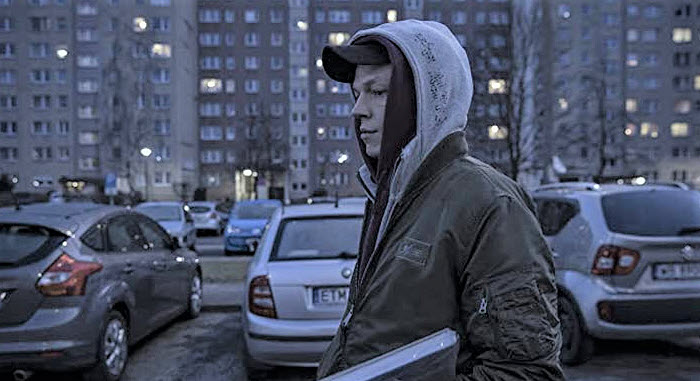 ‘Congratulations on Your Courage’

The film
Other People (
Inni Ludzie) is produced by
Madants for a Warner Bros. Entertainment Polska’s distribution. It’s set to open March 18 in Warsaw. 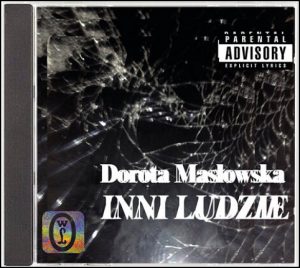 The book, called a “rap-roman,” is by Dorota Masłowska and was published as sound and text by Wydawnictwo Literackie in Kraków in 2018.

And the film evocation of the book, having been completed in 2021 when it ran immediately into release-date issues because of the coronavirus COVID-19 pandemic, is co-produced by Madants Beata Rzezniczek. She has joked that the film is “almost as old as my daughter.”

In talking with us about the work, Rzezniczek refers to the original book as “more like a stream of thoughts, sensations, and divagations than a narrative story line.” That’s either perfect or terrifying for screen adaptation, depending on your creative nerve.

Literary agent Monika Regulska at Syndykat Autorów (Authors’ Syndicate) Agencja Literacka i Scenariuszowa in Warsaw notes that Masłowska, one of Poland’s biggest names in contemporary Polish literature, has a translation to English by Benjamin Paloff of her earlier Honey, I Killed the Cats from Deep Vellum. Her debut novel, Snow White and Russian Red, is to be published in China by Shanghai University Press.

In Berlin, Rowohlt is to publish Olaf Kuehl’s translation to German of Other People as Andere Leute. Abd Books From Poland has referred to Masłowska as “an uncompromising commentator on social life.”

‘Thrashing in the Maze’

Set in contemporary Warsaw, Other People is about Kamil and Iwona. “She is a bored and desperate wife, living in luxury. He’s 32 and still lives with his mother in a block of flats, while projecting visions of his hip-hop career and landing random jobs. 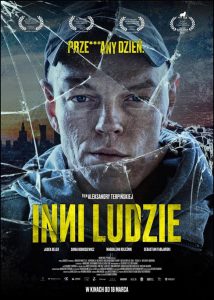 “Their relationship is seemingly meaningless. Yet it’s thanks to this relationship that they’ll see their life choices and the people around them in a different light.”

Warner’s distribution material calls it “a story of people caught up in a love triangle in a time of breakup, lifetime loans, box diets, cheap wine, and the constant hype of social media. People thrashing in the maze of boulevards and alleys of the city of Warsaw, pulsating to the rhythm of the rap. In everyday life, the heroes are accompanied by a closely watching narrator,” who is played by Sebastian Fabiański. Also in the cast are Jacek Beler, Magdalena Koleśnik, Sonia Bohosiewicz, Marek Kalita, and Beata Kawka.

The Polish Film Institute and Mazovian and Warsaw Film Funds helped support the film development let by Beata Rzezniczek and Klaudia Śmieja-Rostworowska of Madants (read it as “Mad Ants”) with Aleksandra Terpińska directing. Terpińska’s work on the film has won both a Passport Polityka and the Polish Gdynia Film Award. A tie-in edition of the book is forthcoming, and the show is being praised for its difficult balancing act of putting across Masłowska’s “perverse way of speaking about mutual dislike … and attractions.” 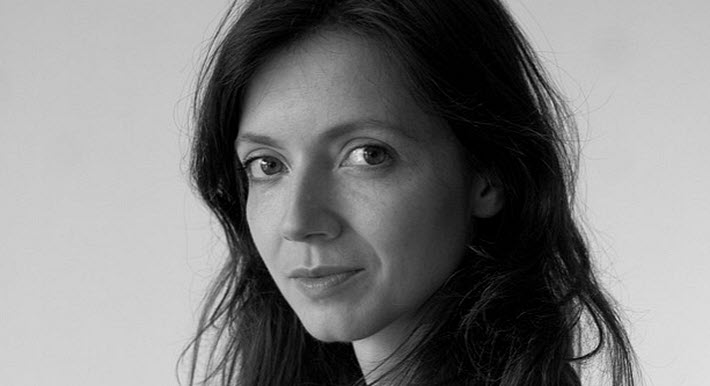 In our exchange with Madants producer Beata Rzezniczek, we start by asking what attracted her and co-producer Klaudia  Śmieja-Rostworowska–and their director, Aleksandra Terpińska–to Masłowska’s book.

Beata Rzezniczek: Actually, it all started with Dorota who met Aleksandra at a film festival. They liked each other and after a while Dorota contacted Aleksandra about her (then upcoming) project Other People. 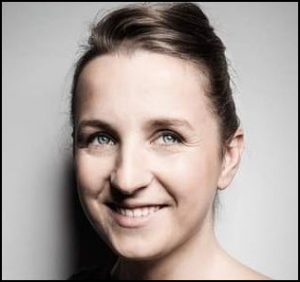 At first, Aleksandra said no to the idea of adapting the book into a film. It was a great and powerful piece, but Dorota’s writing is very special–it’s more like a stream of thoughts, sensations, and divagations than a narrative story line.

But then, when Aleksandra was helping Dorota to make a book trailer for a Polish edition, she started to see a way to tell this frantic, poetic story and translate it into images. This is when we entered as a production company.

I was working with Aleksandra on her short films before, and my business partner Klaudia Smieja-Rostworowska had experience collaborating with Warner Bros. Poland. They showed us great trust and believed in the film from the very beginning. Other People is not a crowd-pleaser but we felt that it touches so many social and actual issues that the audience can relate to it.  Since the dialogues are almost entirely rapped it’s also very different, fresh, blunt and original.

Publishing Perspectives: Is it possible to specify what could be the biggest challenge in making a film of this kind?

Beata Rzezniczek: We faced challenges at literally every stage of production.

It’s an extremely ambitious undertaking and, as I said, nobody has ever done anything like this before. There were no ready-made models and we often learned from our mistakes.

Of course, musicals have been made, but our film doesn’t quite fall into that category. Rap and beats are the organic fabric of the film in which our characters move, but we’re far from the classics of the genre.

Musical and technological issues were certainly one of the biggest challenges, but also risks. Fortunately, the first festival screenings brought us fantastic reviews and awards. My favorite comment from the audience that I heard several times was, “Congratulations on your courage.”

Publishing Perspectives: Speaking of the awards and acclaim in early festival screenings, do you think the success you’re seeing has to do with Aleksandra Terpińska having both written the adaptation and directed it? It seems this has to make it closer to her, making it “her own,” in a way.

Beata Rzezniczek: It was natural that Aleksandra would do both writing and directing. Aleksandra, although she considers herself first and foremost a director, also thinks very much about the structure of the text–which was crucial in the case of this book adaptation.

Other People is also auteur-cinema. It is Masłowska but filtered through Aleksandra. It’s interesting that the book itself was adapted three times by different theatrical directors, in fact, and it’s  very interesting how different these interpretations are.

Publishing Perspectives: How hard is it to find the right book for adaptation to film or television? Do you and the team at Madants find what you’re looking for in today’s literary output from the publishing industry?

Beata Rzezniczek: We’re mostly into auteur-cinema, but we still look for inspiration in reading books.

Lately we’ve become more and more interested in nonfiction literature. It’s amazing how stories based on facts transcend reality and become more incredible than the fiction.

It’s scary and fascinating at the same time.  There’s so much going on right now, it’s impossible to take your eyes off it.

More from Publishing Perspectives on adaptations of books to film and television is here and here. More on rights and licensing is here, and more on the Polish publishing scene and book market is here.

More from us on the coronavirus COVID-19 pandemic and its impact on international book publishing is here.

Porter Anderson is a non-resident fellow of Trends Research & Advisory, and he has been named International Trade Press Journalist of the Year in London Book Fair’s International Excellence Awards. He is Editor-in-Chief of Publishing Perspectives. He formerly was Associate Editor for The FutureBook at London’s The Bookseller. Anderson was for more than a decade a senior producer and anchor with CNN.com, CNN International, and CNN USA. As as an arts critic (National Critics Institute), he was with The Village Voice, the Dallas Times Herald, and the Tampa Tribune, now the Tampa Bay Times. He co-founded The Hot Sheet, a newsletter for authors, which now is owned and operated by Jane Friedman.