Leicester City are closing on a £25m deal for 22-year-old RB Salzburg striker Patson Daka after growing frustrated in their pursuit of Celtic’s Odsonne Edouard. The Zamba international has demanded less salary than the Frenchman, while negotiations over a fee with Celtic had become protracted, and the Frenchman is now considering leaving as a free agent at the end of his contract next summer. (Daily Mail)external-link

Striker Leigh Griffiths, who missed out on the Scotland squad for the Euro 2020 finals after a lack of game time with Celtic, is hoping to stay at the Glasgow club after „positive talks“ with new manager Ange Postecoglou (The Scotsman)external-link

Celtic could be handed a significant boost in their chase for goalkeeper Mat Ryan, with Arsenal turning their attentions toward Sheffield United’s Aaron Ramsdale instead of the 29-year-old poised to leave Brighton & Hove Albion. (Sky Sports)

Former Rangers defender Kevin Muscat has made mockery of the rumours he was to join Ange Postecoglou’s backroom team at Celtic – after posing for pictures in a bar for Ibrox diehards. (Daily Record)external-link

Croatia head coach Zlatko Dalic has expressed frustration that Rangers left-back Borna Barisic, who missed his side’s defeat by England, will also miss their second Euro 2020 group game against Czech Republic through injury but hopes he will be fit to face Scotland. (The Herald)external-link

Czech Republic head coach Jaroslav Silhavy will stick by the side that defeated Scotland when they face Croatia in their second Euro 2020 finals group game. (The Herald)external-link

Dundee United are trying to stop Rangers from using their St Andrews training facility for pre-season training as Steven Gerrard looks for an alternative to a planned trip to Portugal that looks set to be wrecked by the current Covid-19 travel restrictions. (Daily Record)external-link

Rangers are set to prepare for their title defence in England after St Andrews University told them they have no room as regular residents Dundee United are being joined by English sides West Ham United and Leicester City this summer. (Scottish Sun)external-link

Aberdeen will not risk heading off to a training camp this summer and new manager Stephen Glass will put his players through their paces at their own Cormack Park instead of heading to Ireland in search of games. (Scottish Sun)external-link 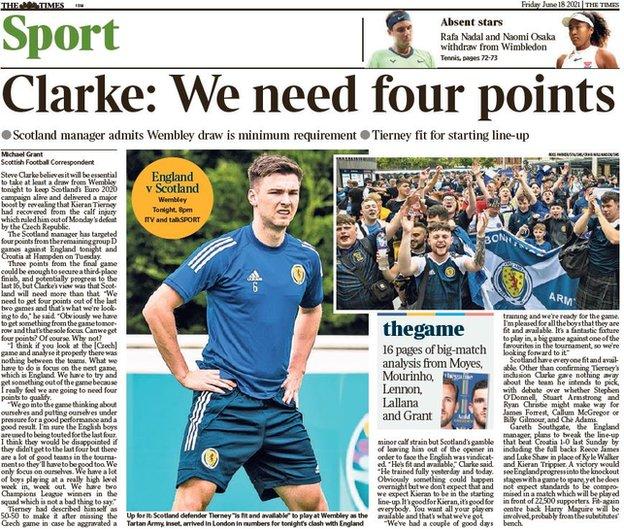 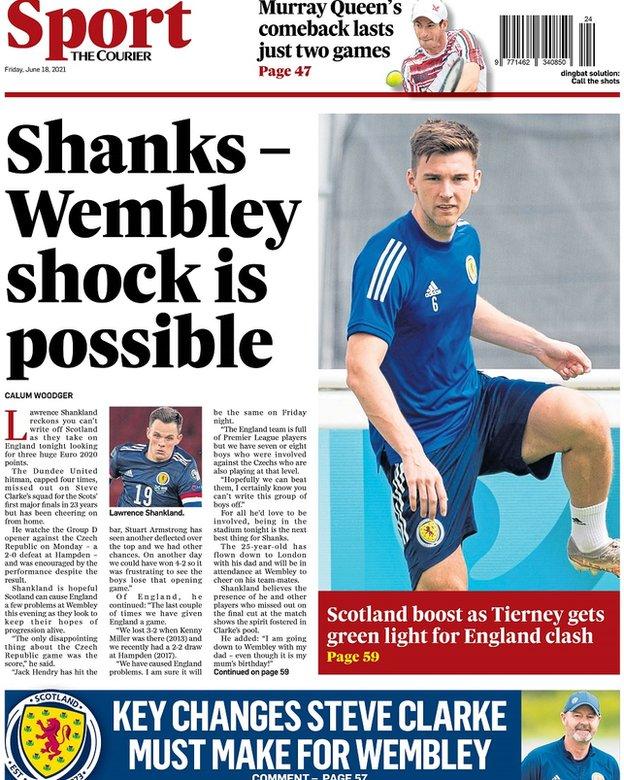 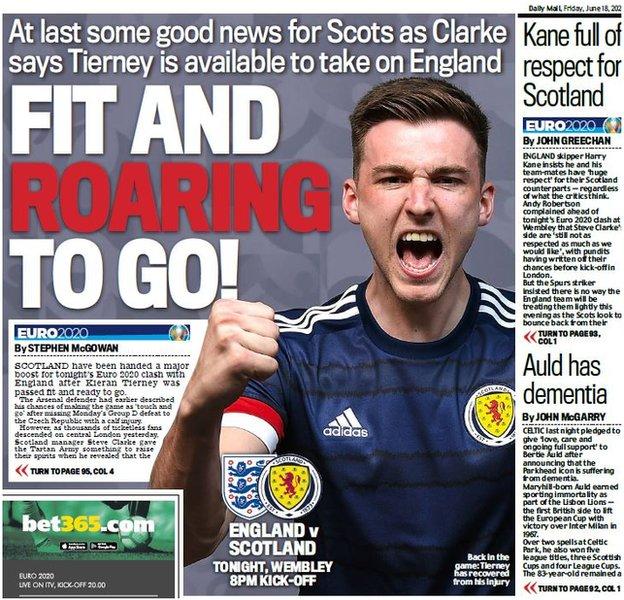