„Dortmund: big city, my dream!“ read the banner across the front of the Südtribüne, the famous Yellow Wall at Borussia Dortmund’s Westfalenstadion.

Behind it, a gigantic hand-painted tapestry depicting the Dortmund skyline and a massive municipal coat of arms. In the background, 24,000 fans held aloft plastic sheets to show the red-and-white colors of the city, which were then flipped to become the black-and-yellow of Borussia Dortmund, and the city eagle was replaced by the club crest.

The choreography had been organized entirely by the club’s ultras, who had dedicated hundreds of hours to organizing, collecting, designing, measuring, cutting, painting and laying out – all for these few spectacular minutes ahead of kick-off against Eintracht Frankfurt.

It was more than just support for their football team; it was an outpouring of love for their club, their city, their community, their friends, an expression of the vibrant fan culture which plays such an active role in German football.

It was Friday, February 14, 2020. Dortmund won 4-0 in front of 81,365 spectators. And it was the last time this writer attended a Bundesliga match with fans. Less than a month later, German football was put on hold as the coronavirus spread across Europe. 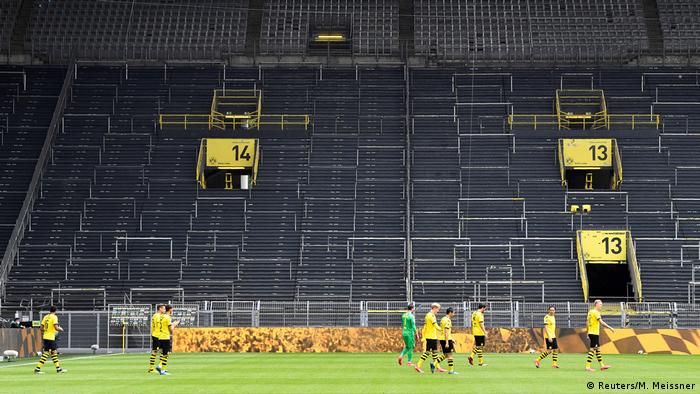 „The pandemic hit the active fan scene extremely hard,“ says Johannes Bagus, a social worker with the Fan Project Dortmund, an initiative which works closely with active BVB fans and which has organized several virtual events throughout the year to help fans stay in contact.

„For fans who follow Borussia Dortmund across the country every weekend or across Europe during the week, a central pillar in their social life has broken away. It’s a huge blow.“

Unable to support their teams in the stadium, fans across Germany used their organizational abilities to help out in their communities. Banners appeared outside hospitals with messages of support for nurses and other key workers, while fan groups offered to run errands for vulnerable members of society – although one ultra tells DW that he spent more time walking people’s dogs than shopping.

„The fans have behaved impeccably throughout the year,“ says Bagus. „There were fears that there could be gatherings or even riots outside stadiums but there has been nothing of the sort. On the contrary, the ultras actively called on people to stay at home and follow the rules.“

While many fans were cut off from their social lives, clubs suddenly found themselves cut off from their financial lifelines as broadcast rights holders threatened to withhold key payments. According to reports, 13 of the 36 clubs in Germany top two divisions were at risk of insolvency.

For some supporters, the idea that multi-million-euro businesses could suddenly be facing an existential threat was proof of the unsustainability of the modern game.

Over 2,600 fan groups representing almost 500,000 football supporters signed a petition by Unser Fussball („Our Football“), demanding that the game be restructured more fairly, more democratically and more sustainably. Out of that, the Zukunft Profifussball („Future of Professional Football“) taskforce saw fans devise concepts for reform which would protect clubs financially and restore the competitive balance in the Bundesliga.

However, the final decision on the distribution of all-important television money for the period 2021-24 failed to meet the group’s  expectations. „Now is not the time for radical solutions, but for reliable solutions,“ said outgoing German Football League (DFL) CEO Christian Seifert.

„We were massively disappointed,“ says Manuel Gaber from Unser Fussball. „That was the chance for football to show that it was prepared to introduce reforms but nothing has fundamentally changed. We know that the pandemic will have a significant economic impact and we were prepared to accept a transitional period … but the signal which has been sent is fatal, and goes in completely the wrong direction.“ 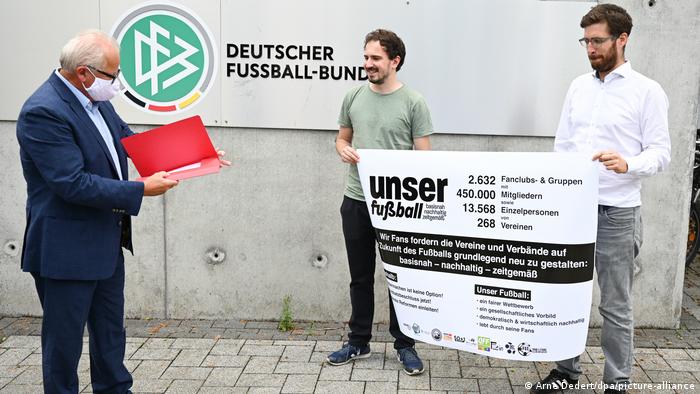 No ultras – no problem?

Many match-going German fans have long been frustrated by certain developments in modern football, be it the widening gulf between rich and poor on the pitch, the treatment of supporters off it, or the perceived over-commercialization of the sport in general.

Barely a weekend goes by in the Bundesliga without some form of protest, and fans have enjoyed some considerable successes, from the Kein Zwanni („Twenty’s Plenty“) ticket price campaign, to the retention of the 50+1 ownership rule and the abolition of Monday night fixtures.

For those fan activists, often spearheaded by the ultras, the platform offered by the stadium is vital when it comes to holding their clubs and football’s decision-makers to account. Since May, however, football has continued without them and there are concerns that certain powers within the game could exploit their absence.

„Perhaps I’m cynical but some clubs could think: it works without the ultras,“ says German fan culture expert and author Christoph Ruf. „The money is flowing, the TV contract continues, we could increase ticket prices by 20%. I’m sure that’s a tempting thought for some.“

And even when fans do return, it will likely be under the conditions seen briefly in autumn: personalized tickets to enable contract tracing, scheduled arrival times, socially distanced seating, obligatory face-coverings, no alcohol, no standing, no singing. Hardly circumstances in which an active, independent fan culture can thrive, let alone an ultra culture.

„Ultras are a subculture which depends on football being exciting and rebellious,“ says a member of the Fanszenen Deutschlands, a coalition of German ultra groups from across the country. „But if that’s no longer the case, the attraction will fade. That’s something we have to be wary of.“ 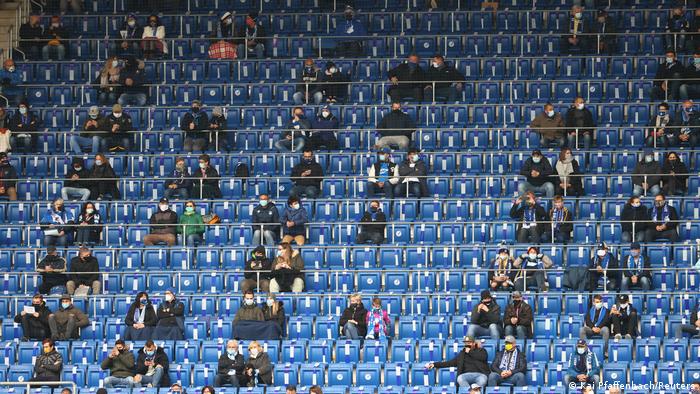 ‚What would Borussia Dortmund be without the Südtribüne?‘

But not everyone is as pessimistic. Despite the disappointment on the redistribution of television money, there is a hope that the crisis can still be a chance for change.

„I think people have realized that fans are a fundamental part of this sport. The game is still the same on the pitch, but it doesn’t have the same meaning without people there,“ says Gaber.

Back in Dortmund, that is exactly what Johannes Bagus found when he was one of the 11,500 who attended Borussia Dortmund’s home game against Freiburg in October.

„It was like going to the theater,“ he says. „You see how much the stadium experience depends on the atmosphere, the fan culture, the meetings with friends, the pre-match beer. And the club knows that. What would Borussia Dortmund be without the Südtribüne?“

With coronavirus rates increasing again in Germany, a return to the packed stadiums of February 2020 still seems a long way off, although the development of a vaccine does give reason to hope.

„Eventually, I don’t know when, we will return to normal and there will be an explosion of emotion,“ says Bagus. „When we can all finally stand together again, when the Südtribüne is full again, when the love of football returns.“

Then we’ll see another spectacular choreography on the Yellow Wall.